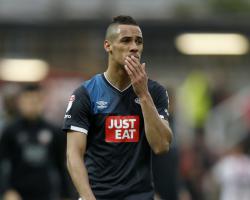 Former England Under-21 international Ince has agreed a three-year deal with the newly-promoted Premier League club having the option of a further 12 months.

"The 25-year-old attacker moves for a fee that will remain undisclosed at the request of Derby, putting pen to paper on a contract that runs until the summer of 2020," the Terriers announced on their official website.