Huddersfield manager Jan Siewert was understandably delighted after his side grabbed a dramatic late goal to beat Wolves at the John Smith's Stadium.

The Terriers had gone 14 games without a Premier League victory, but were rewarded for a fine performance by a late Steve Mounie goal - completing a league double over Wolves, whilst handing Siewert his first win as Huddersfield boss.

After the game, Siewert revealed how proud he was of his players performances, highlighting Mounie for praise in particular. “I’m so proud of Steve Mounié because as a striker you need that feeling of scoring and he’ll really enjoy that tonight," Siewert said, as quoted by the ​club's official website.

“The players won on the pitch tonight, they showed that we will fight to the end.

“Since I arrived here the fans have supported me and it’s incredible how brilliant they are. It’s not just a squad and the staff, it’s all of us and the supporters deserved that tonight.”

Was great to make my full debut in the premier league for @htafcdotcom tonight and top it off with a win. Fans were excellent throughout  pic.twitter.com/8IuQeFWcID

"I told you right from the beginning. I know it won't be easy but we keep on fighting," Siewert added, when speaking to Match of the Day.

"You can calculate the number of games. There is still a chance. It would be good. I would enjoy that.

"I never thought that. 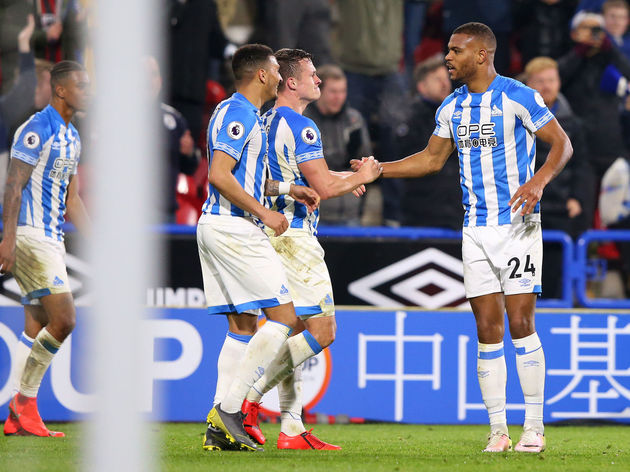