​​Huddersfield Town are set to announce the loan signing of highly-rated ​Arsenal midfielder Emile Smith Rowe until the end of season.

​Sky Sports are reporting that although the attacking midfielder has spent most of this season in and around the first team, manager, Mikel Arteta wants his young players to receive more game time.

Arteta sees more value in his youngsters going out on loan and gaining minutes and experience at other clubs rather than making substitute appearances infrequently for the north London side. Smith Rowe has made six first team appearances for Arsenal this season, including three in the Europa League, but at just 19 he has found his chances limited of late.

After playing just three games while out on loan at German side RB Leipzig last year and just over ten in an Arsenal shirt, Smith Rowe’s experience of senior football is limited. Arteta will be hoping the physicality of the Championship will aid in the youngster’s growth as a footballer.

Having only signed a new five year contract at the club last year, he will certainly be seen as a player for the future and will be hoping his performances for Huddersfield can increase his opportunities for Arsenal. 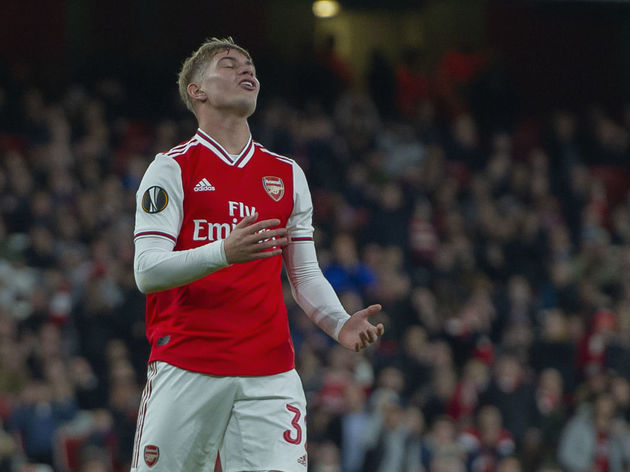 Smith Rowe is one of a few youngsters who have been afforded chances with the first team for Arsenal, under both former manager Unai Emery and Mikel Arteta.

Reiss Nelson and Joe Willock have both worked their way into the first team picture, featuring regularly in the league and the Europa League campaign.

The deal taking Smith Rowe on loan for the next six months is expected to be completed in time for the midfielder to be included in the Terrier’s squad for their visit of Barnsley at the weekend. It will certainly be a move Arsenal fans pay a lot of attention to.