​Brighton beat Huddersfield 1-0 at the Amex Stadium in a cagey encounter which gave Chris Hughton's men a huge lift in their bid to avoid relegation.

Alireza Jahanbakhsh struck the woodwork just before half-time in a match with few chances. It was substitute Florin Andone, who was available after a 3-match suspension, who headed home Anthony Knockaert's cross in the second half after a quick free kick. The significant breakthrough came after a much more dominant display by Brighton after the interval.

Brighton pick up their first three points of 2019 following a tight match against Huddersfield #BHAHUD pic.twitter.com/yqwUdvP2s9

Huddersfield almost responded straight after they conceded through Steve Mounie but his effort was saved by Mat Ryan. Despite starting promisingly, the Terriers looked destined for defeat after conceding the opening goal and have struggled to score goals all season.

The result leaves Jan Siewert's side rock bottom in the Premier League and they are almost certain for a return to the Championship next season. However, the victory for Brighton not only relieves the pressure off Chris Hughton but also leaves them five points clear from the relegation zone in 15th place - and, crucially, with a game in hand over the clubs below them.

2019 has been a miserable year for Chris Hughton's side who were without a Premier League win since December 29 against Everton. This had seen them plunge down the table towards the bottom three. The home match against bottom side Huddersfield emerged as a must-win given their dismal form in the League this calendar year. However, the first half performance was not an encouraging one as they failed to exert themselves on a side preparing for life in the Championship.

However, Hughton clearly inspired his team in the dressing room during the break. The Seagulls came out fighting second half and Hughton showed bravery to take off top scorer Glenn Murray and bring on Florin Andone. The Romanian repaid his manager shortly after, converting a brilliant header which gave Brighton all three points.

Brighton's goal threat has mainly come from their talisman Glenn Murray this season. As of late, the experienced striker has been struggling for goals and Hughton had no choice but to replace him with Andone against Huddersfield.

That was a tough match to watch but what a vital three points! Andone outshines Murray in every aspect apart from the 'goal poacher' factor and should start against Palace #bhafc

Florin Andone, simply incredible when he came on. Changed the game and got the vital winner😍 Look at that passion #BHAFC pic.twitter.com/51U4szyrvU

The Romanian striker returned from suspension in style by adding much needed energy to Brighton's attacking threat before scoring an exquisite header. Brighton's dominance seemed to stem from the substitution which Hughton will be relieved to have got right.

Huddersfield were always underdogs to pick up points against Brighton, despite their surprising victory over Wolves in their last match.

The victory over high flying Wanderers marked Jan Siewert's first Premier League victory as Huddersfield manager and provided fans with a rare moment of ecstasy in an awful season.

The club, who are ever-present at the bottom of the League, remain 13 points from safety and have lost 21 out of their 29 matches. Their lack of confidence showed against Brighton, who in the first half, allowed Huddersfield to have possession without creating anything of notice.

Indeed, unfortunately for Huddersfield I fear that may be the game that sends them down, you could tell by their reaction at the end 

It's going to be Cardiff Fulham Huddersfield for relegation isn't it? #PremierLeague

The holding midfielder has been a consistent force in Huddersfield's midfield despite a change of manager and continuous change of tactics to attempt to change their fortune. 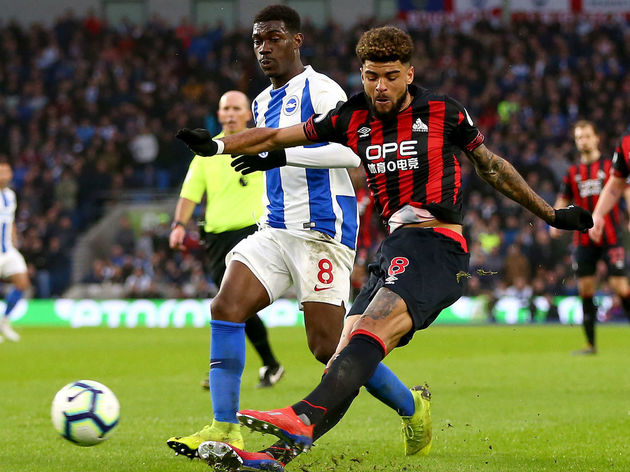 He tested Mat Ryan and looked tidy in his build play, but with a lack of creativity and fluidity in front of him the Terriers could not build on his controlled performance.

Looking Ahead
Brighton face rivals Crystal Palace in the Premier League next in what looks like a tricky away trip at Selhurst Park, before their FA Cup tie away at Millwall eight days later.
Huddersfield host Bournemouth where they will be looking to make it two home wins on the bounce in the Premier League before travelling to the London Stadium to face West Ham.