Saturday afternoon sees Brighton take on Huddersfield at the Amex Stadium in a match where both sides will be looking to get a result to boost their chances of avoiding relegation from the Premier League.

Brighton are only two points above the relegation zone and, with it coming to the business end of the season, manager Chris Hughton will be targeting home games like these to maximise the point return and climb the table. 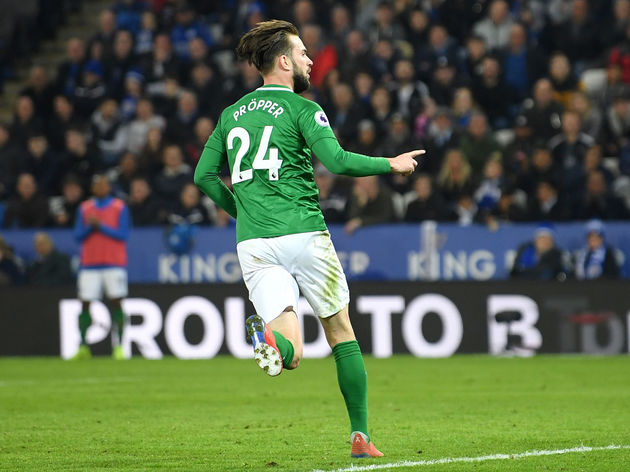 Huddersfield, on the other hand, will be buoyed after their win over Wolves in midweek, their first under manager Jan Siewert. Prior to this victory, Huddersfield had failed to win in seven consecutive home games, something that will have to change if they are to avoid the drop.

Brighton are on a similarly poor run of results, having not won in the league since December 29, a 1-0 home win over Everton.

Check out 90min's preview of the ​clash below.

Brighton will be without midfielder Pascal Gross, who went off injured in their previous game with Leicester on Tuesday, and Leon Balogun. On a more positive note, forward Florin Andone is available following his three match suspension he received in the FA Cup. There have been three Premier League games between the two teams, with each side winning once with one draw.

Both ​teams have struggled in the league lately. The Seagulls' only victories in 2019 have been in the FA Cup, having drawn two and lost five in the league since the turn of the year. Despite their positive cup run, Chris Hughton will hope his side can transfer that form to the league. Huddersfield have been equally poor and their position at the bottom of the Premier League fairly reflects this. The Terriers have won only three times this season in the league, with two of those coming at home.

Here's how each side has fared in their last five matches.

​​Huddersfield have only won once on the road this season, against Wolves in November, but their latest victory against the Wanderers will have given Siewert's side plenty of confidence. However, there is still much Huddersfield have to do to try and secure their Premier League survival. A win at Brighton would be a great step towards this but Chris Hughton knows how to win at home, and that could be the difference in this bottom of the table clash.