Sobhi joined Huddersfield from Stoke following the Potters' relegation from the Premier League. But the 21-year-old suffered an injury early in his Terriers career and has struggled to establish himself since returning to fitness.

Today I return back to my country for 6 months to help my childhood club in the African Champions League & make my way back to the National Team. All the best to #TheTerriers Great club, great fans & great people. I’ll be back stronger next season! Much love & see you soon ❤❤️ pic.twitter.com/rEojZLcRXh

"Ramadan has been a little unlucky with circumstances this season. After a decent pre-season, he suffered an injury just before the start of the Premier League and it took some time to clear," manager David Wagner explained to htafc.com.

"When he eventually regained full fitness, other players were ahead of him in the team and he hasn't been able to force his way into the line-up. He is keen for this loan move to happen and I think it is the best for everyone at this stage."

Sobhi hasn't started a Premier League game for Huddersfield and has only four substitute appearances to his name, two of which came in the defeats against Bournemouth and Newcastle earlier this month.

In heading to Al Ahly, Sobhi is returning to his boyhood club. He first joined the Cairo-based team as a 12-year-old in the youth ranks and eventually progressed to the first team in 2014. He was twice an Egyptian Premier League winner and will hope for similar success now. 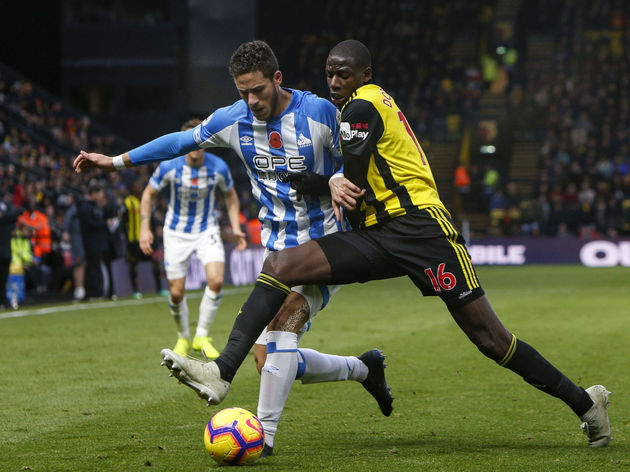 It appears that Huddersfield have left the door open for Sobhi to return to west Yorkshire by specifically pointing out in their announcement that he is under contract until 2021, a deal that the club can also extend to 2022 should they wish.