​Two of the bottom four meet in the Premier League as Huddersfield welcome Southampton to the John Smith's Stadium on Saturday.

David Wagner's side sit two points adrift from safety having won just twice this term, and they suffered a narrow defeat to Newcastle last time out thanks to Salomon Rondon's second half goal.

On the contrary, newly appointed Saints boss Ralph Hassenhuttl picked up a much needed victory over high-flying Arsenal last Sunday, moving above their opponents in the table in the process.

Already dubbed a 'relegation six pointer', the outcome of this clash could prove pivotal come May, with neither side yet to enjoy any kind of sustained form.

Having missed last week's loss, ​Huddersfield have been dealt a further blow with midfield star man Aaron Mooy now ​sidelined for up to eight weeks with a knee injury. 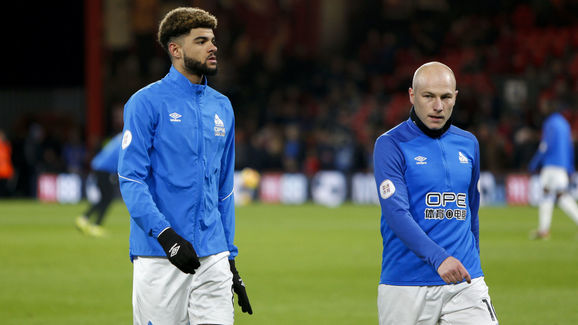 This could open the door to Juninho Bacuna, who is set to make his fifth league appearance since his move from Dutch side Groningen in the summer.

In 26 encounters between the sides in all competitions, each have won on 11 occasions, with 4 ending in stalemate - however, this encounter will only be their third ever meeting in England's top flight. Their last ​meeting at St Mary's ended all square thanks to Laurent Depoitre's second half strike, with the result eventually helping both teams steer clear of last season's bottom three.

After enjoying what many considered to be a miracle Premier League debut campaign last term, this season is proving more strenuous for David Wagner's side.

After collecting three points from their opening ten games, Wagner's men enjoyed wins over ​Fulham and ​Wolves. However, four successive defeats have followed, coupled with the loss of Mooy - who is joint top goal-scorer with defender Mathias Jorgensen.

Danny Ings has scored 6 goals in 897 minutes this season, averaging a goal every 150 mins. That is a better ratio than Kane, Lacazette, Lukaku and Mane. #SaintsFC pic.twitter.com/J4Z2BhbGIx

Remarkably, no recognised striker has yet netted under Wagner this campaign, and that's a run that the Terriers will want to end as quickly as possible.

Netting a brace in that win, ​Danny Ings is Saints top scorer this term and he will be looking to add to his six league goals.

Here's how each team has faired in their last five fixtures:

With both sides gunning for maximum points, neither can afford to slip up heading into a busy festive schedule.

Wagner's side are currently the lowest league scorers across all four English divisions, with 10 goals in 17 games and their task without Mooy has been made tougher. Meanwhile, Saints' win last time out would have installed much needed confidence ahead of Saturday's game and with marksmen Ings finding form again, they may have enough to dispatch their goal-shy opposition.