Huddersfield Town owner Dean Hoyle has officially backed manager Jan Siewert, after rumours of a rift between the German and the players led to speculation that he would not continue his role with the club next season.

Huddersfield were officially relegated to the Championship on Saturday after they were defeated 2-0 by Crystal Palace, leaving them 19 points from safety with six matches left to play to equal the record for the quickest relegation in Premier League history. Siewert took over from former manager David Wagner just 10 weeks ago and was given a contract until 2021, but it is unclear whether he will lead the club in their next campaign in the Championship with a dismal record of eight losses and only one win since his arrival.

The Times report that the players are unhappy with Siewert's 'hardline' approach and manner in training and the dressing room, dropping key players without providing any explanations and reacting aggressively after defeats.

The German manager refused to respond to questions on his future after the loss to Palace, and if he stays next season is expected to demand an adequate budget for a major squad overhaul, as the price to be paid for losing the support of the dressing room. 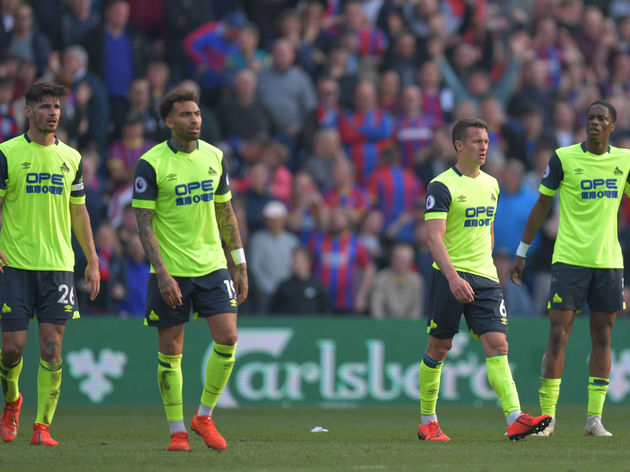 Siewert, who joined the Terriers after a two-year spell as manager of Borussia Dortmund II, is set to hold talks with club owner Hoyle in the coming weeks.

In response to the reports surrounding the manager's future, the club released an ​official statement on Monday, in which Hoyle came out in support of Siewert, saying: " ️ "I believe Jan Siewert has made a big impact on the First Team already. He’s made some big decisions and has shown a real understanding of putting #htafc first, before everyone else.

"We are fully behind Jan as the man to take us forward."

With this statement in mind, another complicating factor comes from another report from ​The Times, revealing that the future ownership of the club remains uncertain, with Hoyle willing to listen to offers above