​Huddersfield Town's January signing Karlan Grant isn't quite ready to start in the Premier League, according to boss Jan Siewert.

The 21-year-old striker joined from Charlton Athletic at the end of the January transfer window for £2m, but his new manager believes Grant needs time to adapt to his style of football and the demands of the top flight. As quoted by the ​Examiner Live, Siewert explained why Grant was only named as a substitute in ​Saturday's 5-0 defeat to ​Chelsea:

"I am glad that he showed already why we signed him but, starting? That would have been too early for this game." 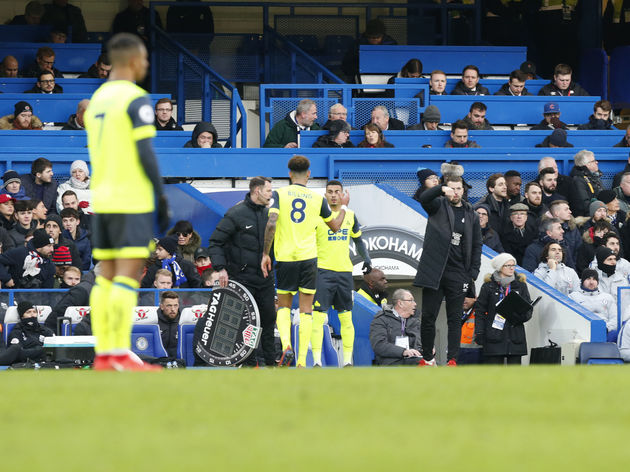 Grant came on at Stamford Bridge with 23 minutes to go, the Terriers 3-0 down, but Siewert was satisfied by his new signing's impact.

"I think he showed he was looking forward and had some good moments.

"He has to get used to the physicality and he will work hard, because I know he is willing - then we will have profit from him."