​Huddersfield Town goalkeeper Jonas Lossl has revealed his excitement following transfer speculations linking him with a move to a number of top clubs on the continent.

The Dane has been a standout figure for the struggling Terriers, showcasing his quality in goal despite the side's misfortunes. His contract at the Premier League outfit - who are currently rooted to the foot of the table - expires this summer and his strong showings have led to rumours of a switch to Ligue 1, with ​Monaco and Marseille thought to be interested in acquiring his services. With Huddersfield's relegation to the ​Championship all but sealed, Lossl could look for pastures new, with a return to France seemingly on the cards. He enjoyed a successful spell at Guingamp two years ago and his situation is now being monitored by several Ligue 1 sides.

Discussing the rumours, Lossl said in an interview with Danish outlet ​Tipsbladet: " 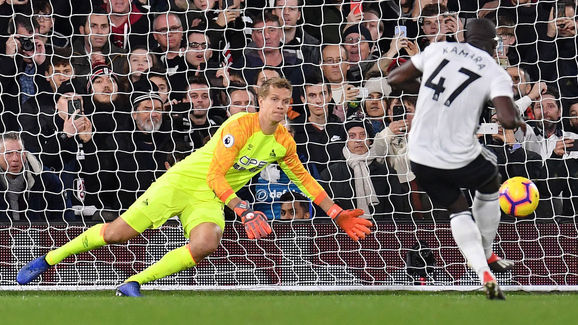 Having initially joined on a loan deal from Mainz last season, Lossl's move was made permanent by Huddersfield last summer. His exceptional performances were vital in helping the team stay afloat in their debut Premier League